OUR SERVICES
GET IN TOUCH 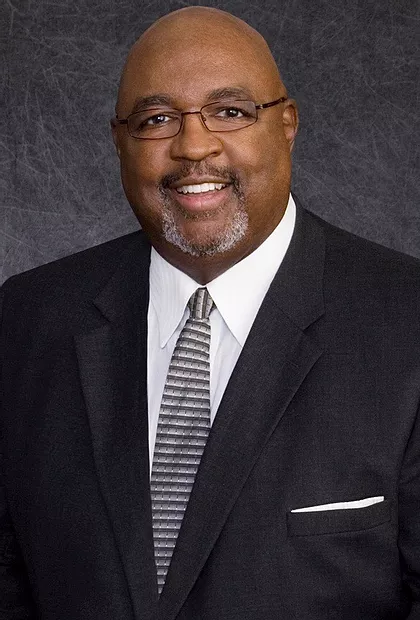 Darryl King is the CEO, of The Principle Partnering Group, LLC, {www.theppgllc.com}(PPG) and

PPG Global, {www.ppg.global}. Mr. King named the company “Principle” as a daily challenge to be “principled” in all of his business dealings and endeavors.  The PPG LLC firm is a management consulting and project staffing organization with an unsurpassed track record in helping companies and agencies of all sizes establish, manage, and maintain successful business-to-business collaborations. PPG Global is a project development firm with ongoing projects in Cote d’ Ivoire West Africa, Grand Bahamas, as well as pursuing projects in Zimbabwe, and Burkina Fasso. Mr. King along with his key staff created B2GCLOUD.COM in 2009, using methods developed by PPG since 2003, to provide “cloud based contract compliance” for agencies and entities.

His MANTRA; “We create TRANSPARENT, DEFENSIBLE, PROCESSES” and provide capable, competent and qualified staff.  The firm offers solutions, project management, and strategic and infrastructure support services across all business segments including feasibility studies.  He leads and directs the firm’s activities in all aspects of vision casting, program and project development and optimum resource utilization. In addition, Mr. King was the CEO/Owner  of H.S. Direct, 12 years,  and the CEO of PPG People Source, Inc., and Quality Hospitality Consulting Inc.

QHC Inc. is a Joint Venture with Aramark Inc. and for 23 years operated the privatized 100 million plus per year school lunch program for Houston Independent School District as the Joint Venture partner with ARAMARK.  The Joint Venture also privatized and operated the 35 million per year food and janitorial services for 24 years for the City of Houston, including The George R. Brown Convention Center and all of the performing arts theaters and venues. Mr. King is a largest individual Minute Maid Joint Venture partner with Aramark operating food services currently for Minute Maid Park for the past 17 years.

Mr. King opened and staffed the PPG Global office in Abidjan, Cote D’Ivoire in February 2015. Mr. King and CAO Sahira Abdool established the foundation of Global’s presence there with banking and business structure, and is licensed to operate in Cote d’ Ivoire West Africa. The team finished a 6 regional Hospital feasibility study in 2016, in partnership with AECOM. Mr. King has traveled extensively to Cote d’ Ivoire and is currently actively pursuing business opportunities in Benin, Madagascar, South Africa, The Grand Bahamas and Belize.

Mr. King’s vision was to expand into the international markets as a small business and to take the principles of what have made his organizations and businesses successful into the national and international market and transform them into a global footprint.  He began formulating the new business strategies, and in late 2013 and formed PPG Global in July, 2014, shortly after taking a business development team of four PPG senior/executive staff, including Sahira Abdool, CAO, Theo Lawrence, and Jerry Bustamante, on a 17 day exploration to Africa by special invitation of a Senior Minister.

Mr. King and his team signed seven (7) Protocols of Agreements for a diverse range of projects including, Soccer Stadium, Hospitals, Vocational Schools, Ports, Infrastructure and Toll ways. Subsequent to this visit Mr. King signed a teaming agreement with one of the world’s largest infrastructure firms to partner with PPG Global on International projects. To date PPG GLOBAL now has an office and staff in Africa, has two Global Infrastructure Partners working on developing projects in several African countries.  PPG Global,  led by, Mr. King and his partner and CAO; Sahira Abdool, in less than three years and under their direct leadership  have garnered an impressive portfolio and related funding for potential projects worth over $3B.

PPG LLC served as the Program Advisor for Parsons Transportation in support of the METRO Light Rail Project for more than 8 years.  Mr. King led the PPG team toward successful implementation of program policies and procedures for the METRO Solutions $1.6 billion Light Rail Transit Project’s SBE/DBE Program. Together, PPG and the Parsons team worked collaboratively. The program exceeded the $255 million project goal in SBE participation. As the CEO of The Principle Partnering Group, LLC and PPG Global, Mr. King serves as a liaison between the Prime Contractor and the actual and potential sub-contractors in establishing and “monitoring performance”. Mr. King has recruited and acquired a professional team of leaders and specialists to ensure the development and implementation to establish, manage, and maintain successful business-to-business collaborations.

Mr. King’s focus is data-driven and as a result, PPG is a leader in defining and executing data driven processes to assist our partners and clients in meeting compliance requirements and in identifying errors, omissions, and concerns as a consistent best practice. He believes in upholding data integrity for our clients; whether combining existing information assets into single consolidated reporting environments or ensuring process optimization to clients, primes and sub contractors for improved communications and relationships. Core concept, Data speaks.

Darryl King has more than 35 years of experience in business strategies, community involvement and business partnerships. Mr. King has quietly and consistently worked to open doors of opportunity for numerous businesses and organizations throughout the Houston metropolitan area. His efforts have not gone unrecognized as he was appointed and served on statewide boards, as well as positions of local leadership, over the past 35 years. He has been recognized by former Mayor’s Bob Lanier, and Bill White through his appointments as commissioner for the Keep Houston Beautiful (Houston Clean City Commission), and both former-governor George W. Bush and Governor Rick Perry appointed him to the Coastal Water Authority Board. The Coastal Water Authority (CWA) is a conservation and reclamation district created by a Special Act of the 60th Legislature of the State of Texas in 1967.

Mr. King served for 12 years including as chair on various committees, including compensation and CEO search and selection committees.

In addition, he is a Senior Fellow in the American Leadership Forum Class XIV. For more than 30 years, ALF has brought together over 1,100 Senior Fellows from Houston/Gulf Coast corporations, government, media, education, criminal justice, medicine, nonprofits, philanthropy and religious sectors to envision effective solutions and take coordinated action to address the community’s pressing issues. More recently, he was selected twice to receive the Pinnacle Award of Excellence, by the Greater Houston Black Chamber, the Small Business Advocate Award, and Supplier Diversity Champion Award. He received the Houston Area Urban League Whitney Young, award, having served three terms as Board Chair and leading the drive to buy and renovate a home for the Urban League, the old Federal Reserve Bank building.  He received the Emerging 10 Award from the Houston Minority Supplier Development Council, the World Youth Foundation named the Community Hero Paving the Way Award in his honor, he received the Community Hero Award from the Texas Association of Black School Educators, The Outstanding Service Award from the Houston Area Alliance of Black School Educators, The Houston Area Urban League Outstanding Leadership Award, The Supplier Diversity Champion Award from the Small Business Administration and many, many others. In 2015 he was inducted into and received The Hall of Fame Award by the Greater Houston Black Chamber. Mr. King received the 2016 Global 7 International Rising Star Award from the Houston International Trade Development Council.

Mr. King is as an advocate for the economically disadvantaged, minority communities and entrepreneurs; he speaks often to various small business groups and students, he is proficient in the “language of entrepreneurs”.  He is experienced in outreach to African American businesses, churches, communities and neighborhood organizations in the Houston Metropolitan area. He has been a strategically involved leader in several city wide referendums, Citizens Against Zoning, Toyota Center referendum, Enron Field referendum and the Hilton Hotel as the lobbyist for Duddleston Development and Hilton Hotels project among others. Mr. King served as a registered lobbyist for ARAMARK.

Mr. King enjoys a national presence in several organizations. Mr. King and his companies have donated over $480,000.00 to the Houston Area Alliance of Black School Educators and other non profits for scholarships in the community. Mr. King and his associate Ken White replaced with their own funds $80,000 worth of band equipment that Yates High School lost in a flood. The equity he enjoys in his community has been well funded by his generosity.

Mr. King is a former franchisee of;

Mr. King designed and built the first two airport KFC’s, both at Bush Intercontinental Airport, then converted them to Popeye’s [first ever] to increase the sales per square foot the largest sales per square foot in the entire airport system. He also designed and built Aunt Gracie’s Gourmet Fudgery and Gourmet Coffee store in terminal C North of the airport. He sold the businesses in 1999 to focus on institutional feeding with Aramark.

Boards currently serve on include:

Interfaith Ministries of Greater Houston Board Advisory Board

University of Houston Downtown School of Business Advisory Board

The ALTUS Foundation Board

The U of H Downtown Business School Advisory Board

Citizens for a Better Houston Chair of Community Outreach

In House Corporate and other courses/training;

His guiding life principles are;

~When you encounter a man, endeavor to leave him better than you found him or leave him alone”.

~Life is a journey, both tragedy and triumph await you, lean into the wind, the force you feel behind you…. pushing you…. is your faith in God.”

~I am blessed far greater than I deserve”.